Oh CLUCK!: This bird you eat might be killing you!

The next time you bite into a juicy drumstick, you might need to worry about whether it’s making you resistant to antibiotics. A new study by American researchers predicts that by 2030 Indians will be consuming 4,743 tonnes of chicken reared on strong doses of antibiotics. Published in the journal, Proceedings of the National Academy of Sciences, the study states that the consumption stood at 2,066 tonnes in 2010. The expected numbers mean India will become the fourth largest consumer of antibiotic-laced chicken by 2030. China will be number one.

Last year, a study done by the Centre for Science and Environment found antibiotic residue in 40% of the chicken samples sourced from Delhi and NCR. Animals raised commercially for food are given antibiotics, both veterinary and those meant for humans, to keep disease at bay and boost growth. When these animals are consumed, traces of the medicine enter the human body and gradually result in people developing resistance to antibiotics. 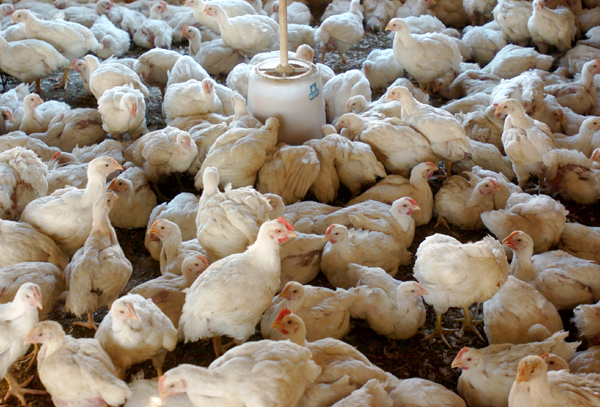 Many countries, including South Korea and members of the European Union, have put laws in place to curtail or ban use of antibiotics for sub-therapeutic purpose in livestock farming. McDonald’s recently announced that it is committed to stop serving chicken raised with human antibiotics in the US.However, there is no law in India to curb usage of antibiotics.

Consumer rights activists say the figures are worrying. According to the World Health Organisation (WHO), over 58,000 children died in India in 2013 due to antibiotic resistance, and it will be the cause of death of 20 lakh Indians by 2050. 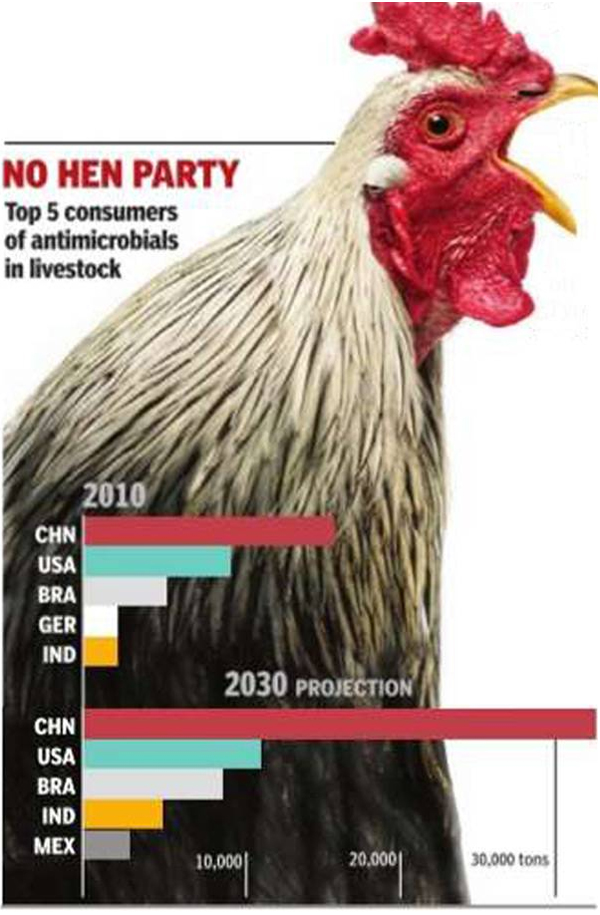 Farmers and representatives of the poultry industry defend the use of drugs. Gurasis Singh Dhesi, owner of a poultry farm in Pathankot, says ” Antibiotics, like levofloxacin and enrofloxacin, are given to birds either as a preventive measure against diseases like e-coli and salmonella or to fight fungal and bacterial infections.These medicines don’t remain in the birds for long. So if a bird is culled after a month of being administered any antibiotic, its effect on humans would be negligible.” Dhesi, who has around 4.5 lakh birds, does admit that the artificial growth promoters (AGPs) given to increase the size of broiler chicken could be harmful to humans since they contain steroids, which stay in the birds’ systems longer.

Intensive farming which refers to the prac tice of packing a large number of birds in small farms is common in India. Since the birds are raised in very close proximity , their shelter becomes a fertile ground for infections, necessitating use of antibiotics. 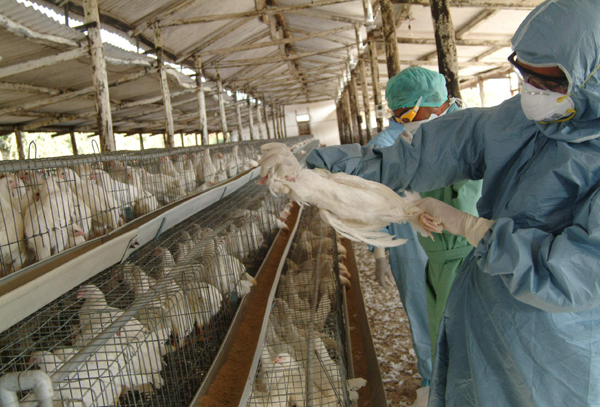 However, Dr Pravin Tyagi, principal scientist at the Central Avian Research Institute in Bareilly, UP, claims that in India antibiotics are given in small doses and only for therapeutic purpose. “These antibiotics don’t reach the egg or meat,” says Tyagi, who dismisses the call for a law to curtail use of the medicines.

The lead author of the American study and a post-doctoral researcher at Princeton University , Thomas van Boeckel, suggests a lifestyle fix instead. “I think there is a strong argument to be made in favour of encouraging people (particularly the rising middle class) not to increase meat consumption although incomes are rising. Promoting vegetarian low-meat diets for those who are not in need of additional animal protein could have an impact on antimicrobial resistance.” But many may argue this is an unfeasible solution.

In India, the per capita consumption of meat has risen from 1kg in 2004 to 2.8kg, and is expected to reach 4.6kg in 2023, according to data from the FAO. With rising demand and no checks in sight, the problem only looks to get bigger in the coming years.

5 hacks to stay strong while fasting during Ramadan

In 28 countries, men have a 60% higher chance of death than women

Time magazine ‘Kid of the Year’