Kentucky Fried Chicken had an amazing surprise in store for one of its customers in the United States. They served him a fried rat instead of fried chicken. Such is their dedication to serve the best fried meat, that when a man named Devorise Dixon ordered for his favourite meal, and they had run out of chicken, KFC fried a ‘finger lickin’ rat for him instead.

“It sent deep chills throughout my whole body! I’ve been feeling weird ever since. It’s time for a lawyer, be safe don’t eat fast food!” he said.

But several social media users suggested he could be making it up. 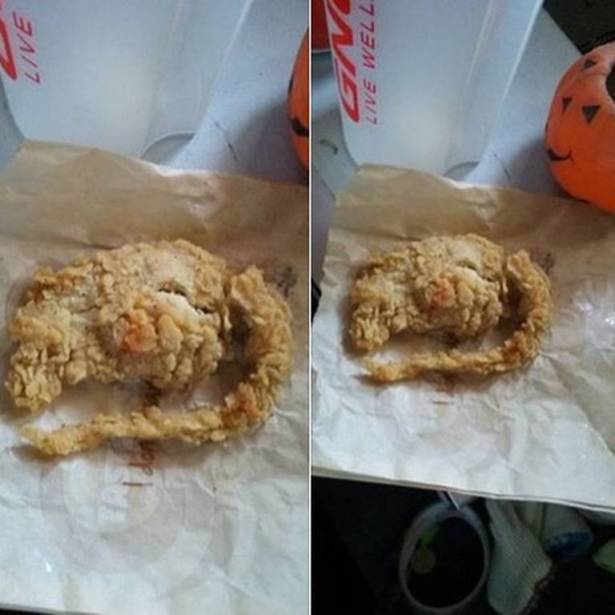 The delighted KFC customer posted a photo on Facebook of his takeout meal after finding out that it was a fried rat with a long tail and he took everyone’s reaction.

Devorise uploaded a photograph on social media with the caption “WENT BACK TO KFC YESTERDAY AND SPOKE TO THE MANAGER SHE SAID IT IS A RAT AND APOLOGIZED, IT’S TIME FOR A LAWYER!!! BE SAFE DON’T EAT FAST FOOD !!!”

Following the shocking incident, KFC is being trolled on social media platforms. However, the American fast food restaurant is yet to investigate the matter pending contact from Mr Dixon.

This article might be sarcastic, but these events are true. Someone did actually find a rat. So the next time you take a bite into that juicy fried piece of chicken, just make sure that it is, actually chicken.