With reports indicating that South Africa is one among the handful of nations still opposing NSG entry for India, Prime Minister Narendra Modi’s forthcoming visit to that country may change things, the way his Switzerland and Mexico visit succeeded in doing.

Sources say the special session failed to arrive at a consensus on non-NPT members, while India claims China is only block to membership.

The question of India’s application for membership of the Nuclear Suppliers Group – yea, nay or may be – could well by decided by Friday morning, with a special session of the 48-nation cartel convened for  the night of June 23 as part of its two-day plenary meeting in Seoul.

The NSG is a 48-nation which looks after critical issues relating to the nuclear sector and its members are allowed to trade in and export nuclear technology.

As reported earlier, apart from South Africa, Mr  Modi is also set to visit Kenya and Mozambique next month with some reports suggesting that Tanzania is also on the itinerary. Reuters had reported last week that apart from China, a few other countries such as including South Africa are  opposing Indian entry into the 48-member Nuclear Suppliers Group (NSG).

But Prime Minister Narendra Modi’s visit to South Africa, expected in July, will come after the current crucial NSG meet in the South Korean Capital Seoul.

Roughly 20 countries are backing India’s case fully but given that the decisions in NSG are taken by consensus, India faces uphill task. But there was a degree of optimism among Indian officials which explains Jaishankar’s presence in the South Korean capital.

China continues to make ambivalent statements on India’s bid for NSG membership amid clear indications that it was unrelenting in its opposition. While making some right noises of playing “constructive” role on the issue of memberships of India and Pakistan, China maintained that the matter was not on the agenda of the plenary. Here too, Beijing clubbed the two sub-continental neighbours despite the marked difference in their nuclear non-proliferation track record.

But with Government sources indicating that India’s efforts to join the NSG are an ongoing process, New Delhi is expected to continue with  its efforts at gradually eliminating opposition from the few countries that are opposing its entry.

Total consensus in the NSG is needed for any country to join as a member.  Prime Minister Modi is expected to personally persuade South Africa to back India’s candidature in case New Delhi’s efforts to secure entry into the Nuclear Suppliers Group at the Seoul meet fail this evening where a special session was held to discuss India’s bid

The final decision may not be known until Friday, when the NSG is expected to issue a statement on the plenary.

As it happened thus far:

8:21 PM: Meeting of Heads of delegations of NSG in Seoul, to continue tomorrow

7:29 PM: No discussion took place on induction of Pakistan in NSG

7:27 PM: No consensus emerged in the NSG meet so far about India’s induction in NSG (ANI)

5:34 PM: This is a complex and delicate negotiation process, says MEA’s Vikas Swarup.

5:00 PM: Everybody is now behind India in terms of supporting it for NSG membership. If China doesn’t support India’s NSG membership despite global support, Indo-China relations will hit a new low: Commodore Commodore RS Vasan , Analyst (to Times Now)

4:23 PM: Not clear whether the discussion on India’s membership will come up informally or in a more formal way at the special session of NSG

4:17 PM: Although admission of members like India which are not signatories to the Nuclear NPT is not on the agenda, Japan and some other countries are understood to have raised the matter in the opening session.

4:16 PM: India’s bid for NSG membership will come up tonight at a special post-dinner meeting of the 48-nation grouping’s plenary 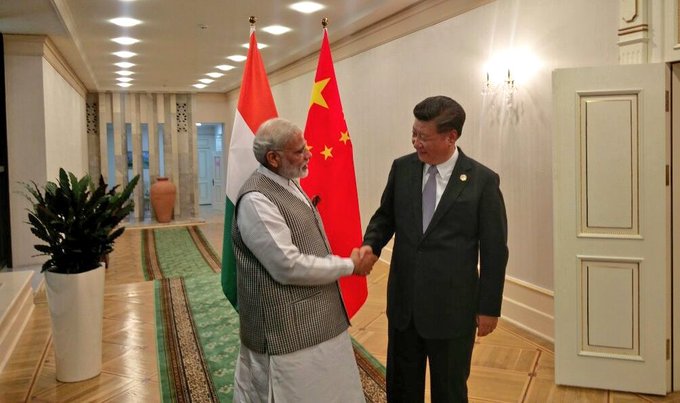 4:00 PM: NSG members will meet for a special session in Seoul tonight and India’s membership bid is expected to come up for discussion.

Team India at NSG in Seoul

Besides Mr. Jaishankar, an expert in nuclear issues himself and who has served in high profile positions in Indian missions in the US, China, Russia and Japan (key countries in the NSG), the Indian team includes its top official on nuclear issues Amandeep Singh Gill, who has negotiated the details of India’s civil nuclear agreements and MoUs with countries including Canada, US, Australia and Japan in the past few years.

Also in Seoul is India’s Ambassador to South Korea Vikram Doraiswami, who has served in the PMO’s of both Atal Bihari Vajpayee and Manmohan Singh, and handled the America desk during the crucial phases of the India-U.S. civil nuclear engagement.