They met on a Facebook group. They fell in love. They got engaged. Sounds like any other new age love story? Not really. This gay couple went against all odds, breaking all barriers and got engaged in a traditional South Indian way.

Salaphaty Rao, 22, a Malaysian Indian with his roots in Vishakhapat-nam, Andhra Pradesh met John McCane, 28, a banker from Ohio, USA, on the Facebook group ‘LGBT Hindus Satsang’. The duo, who became friends on the social media platform did not speak to each other for few weeks, Salaphaty says.

“John added me on Facebook, and it was our common interest in spirituality and religion that flourished into love,” Salaphaty reminisces. South Indian culture is “rich and unique,” and growing up in a strong cultural environment, cultural values were deeply embedded in him. That is why they had a very traditional engagement ceremony, Salaphaty says.

Unlike many homosexuals who have a hard time coming out of the closet due to social constraints, this couple’s families have rallied behind them.

“My mom was supportive from the start and I have shared everything with my mom. She drove me and brought me to get our engagement rings. My dad, on the other hand, took some time to accept it. When we were engaged, outwardly he was happy but inwardly he was still on the fence, that was till he met John and he was convinced that John was a great son-in-law,” Salaphaty fondly recalls.

“We were surprised with the number of people, who all we thought will not accept, congratulated us and invited themselves to our wedding,” he says, adding that the only way to fight the prejudice that exists against homosexuals across the world is by educating people on the matter.

The recent Orlando shooting, where many gay men were killed by an armed assailant, was distressing, John says, adding that possibly the shooter, who is said to have hidden his sexuality, was fighting his own mind. “I remember being a teen, and realising that I liked other men, but fought and suppressed it due to the conservative atmosphere I was in,” John says.

Things are different now. “I am exactly how I was meant to be and I am proud of it,” he says with joy and pride. Many societies can show prejudices against homosexuals but the times are changing, and soon there will be an equal world, John opines.

“Ignorance and fear are the reason many of us show prejudices against a certain group. Until recently many of us were closeted and therefore in most people’s eyes we were an oddity. Today, it is changing,” he says.

“We both have dreamed of a perfect South Indian wedding but we aren’t sure of when it will be. We are planning to have it within a year or two,” Salaphaty says, adding, “When society looks down upon homosexuals, be the change for which the same society will look up to you. This will break the misconceptions surrounding homosexuality.” 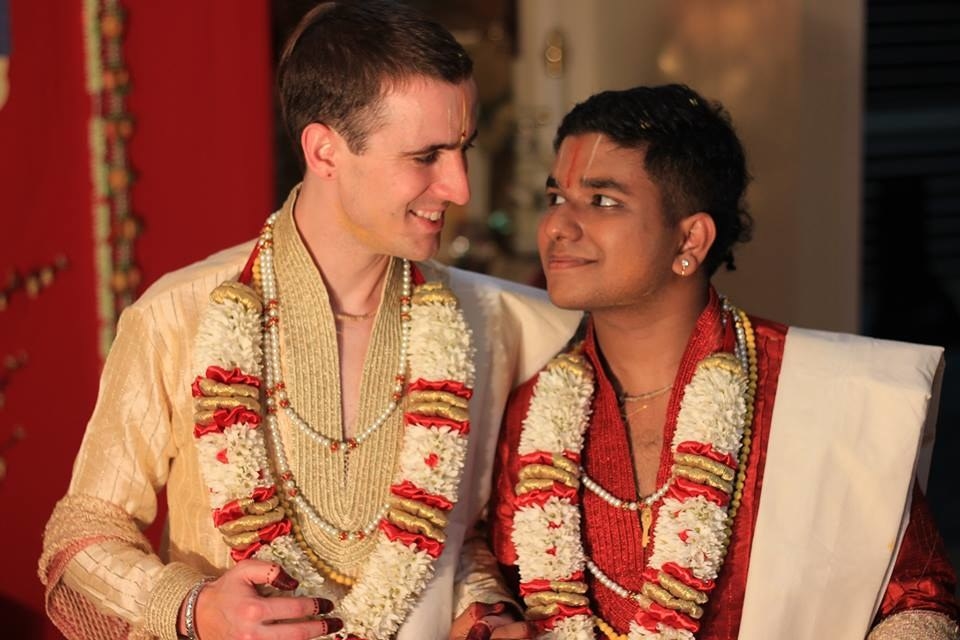 McCane lives in the USA and Rao in Australia.

Their relationship was stregthened when the couple decided to visit India together three years ago. “Originally, it was really just to get to know one another but after the journey and experiences we had, everything seemed to click,” McCane said. 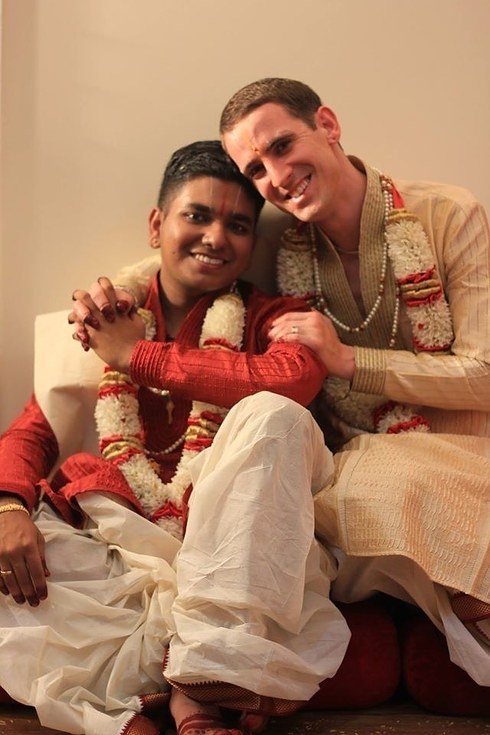 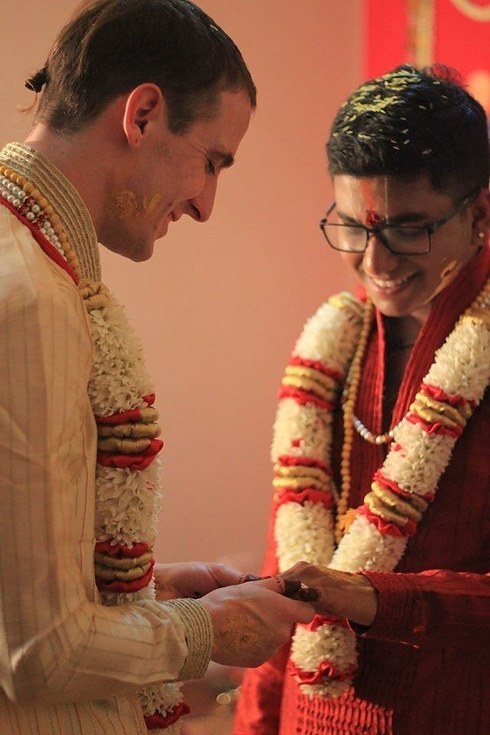 Rao first proposed to McCane when visiting him in Ohio and they got unofficially engaged at the temple where Rao put a ring and a RAINBOW-COLOURED sacred thread on McCane. 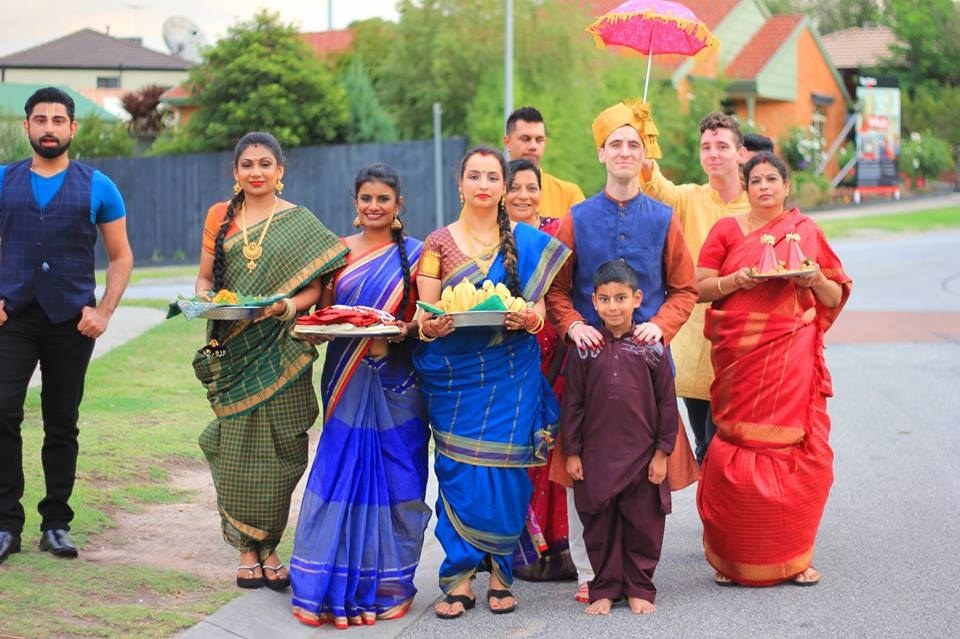 Earlier this year, Rao officiated his own engagement to McCane at this beautiful function in Australia when his fiancé came to visit him. 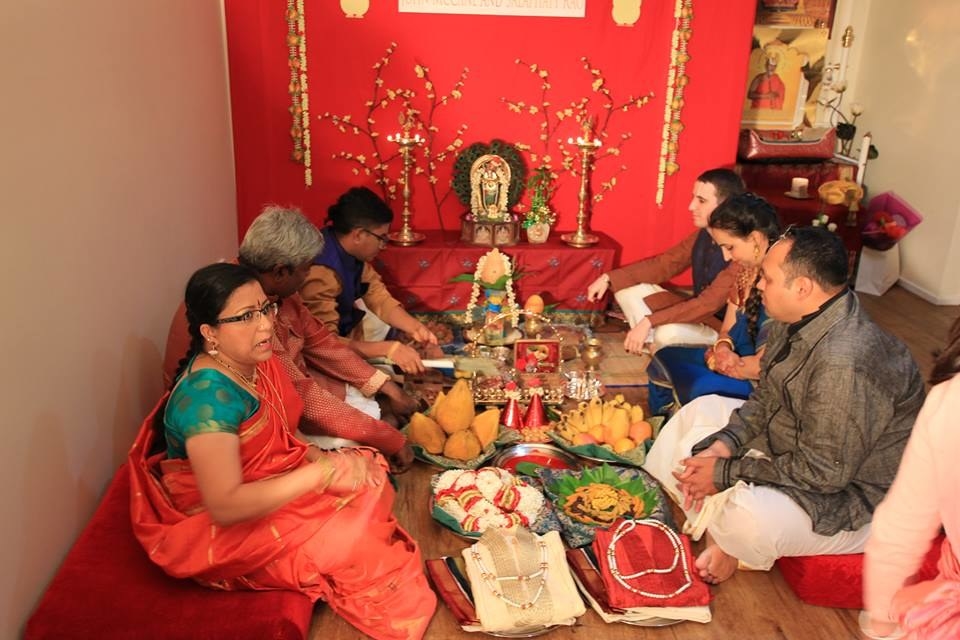 McCane, who follows Hinduism, said, “I had dreamed of a huge Telugu function like you see in the movies with women all in nine-yard saris, countless sweet dishes, dancers and singers and surrounded by family.” 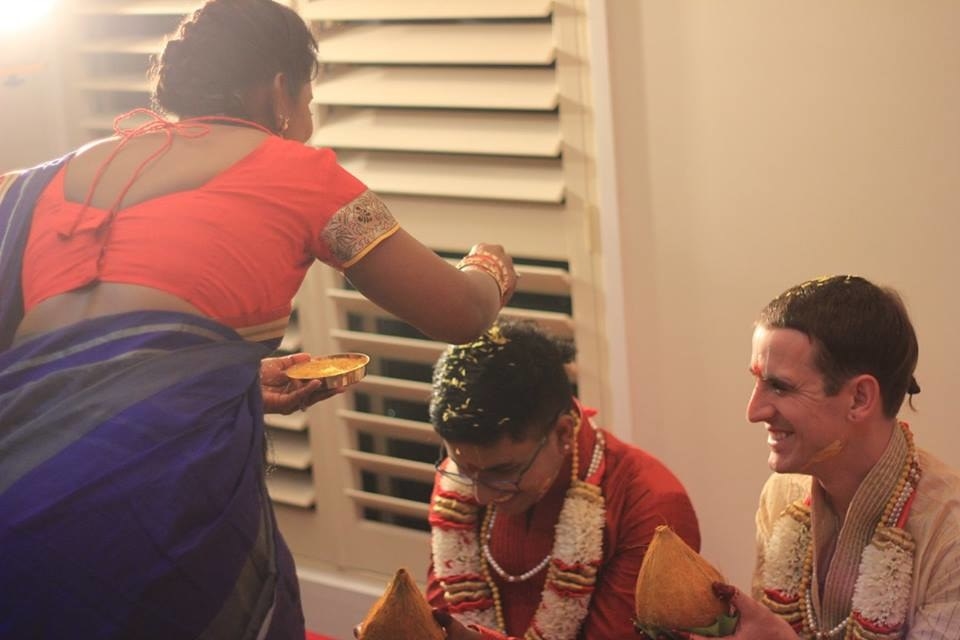 The couple will be married next year and live together in the U.S. happily ever after. 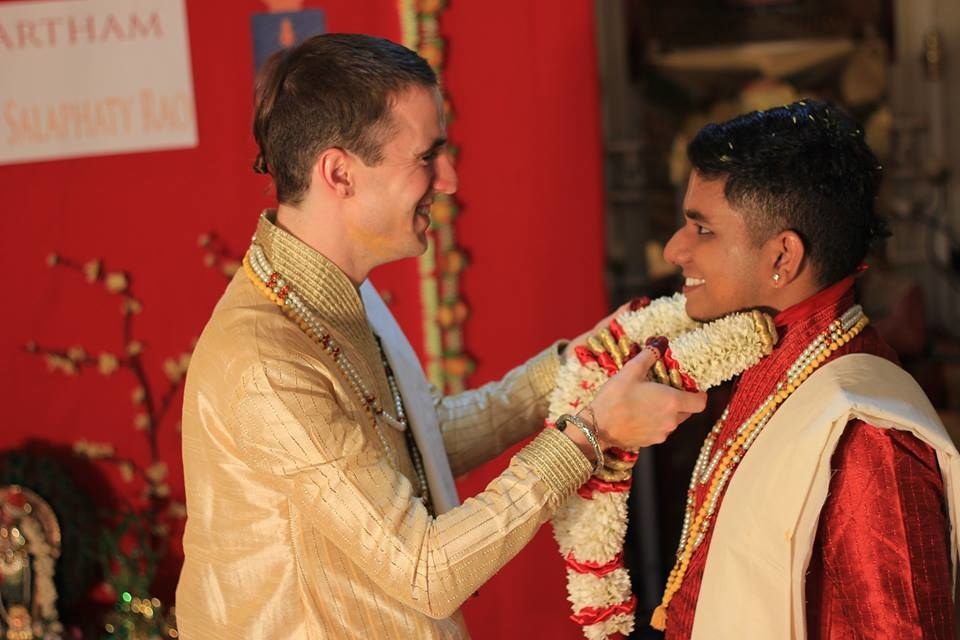 John McCane and Salaphaty Rao in Vrindavan, a holy village in India where the Hindu god Krishna is said to have grown up.

Report and write stories for Indianspice.co.za. It is our ambitious goal to cover issues/events/news concerning South Africa and the diaspora.
@spiceofi
Previous Reshavan Naicker Scores Costa Rica Scholarship
Next Pather’s Point: The Burkini Is A Feminist Bomb

Pradhyuman Maloo: I Am Not Gay or Bisexual