For Kweku Mandela, who is visiting India for the first time, there will be a second visit soon this year. “I want to see South Africa beat India in cricket whenever there is a match,” he said in Mumbai Monday. But there is a more serious reason for this visit. Like his grandfather Nelson Mandela, the 31-year-old is working towards employment for youth and poverty alleviation.

During his two-week stay in India, Mandela plans to tour the urban and rural landscape to understand the issues the country is facing. “South Africa and India are both countries with a huge young population. Soon they will need job opportunities. We can no longer rely on developed countries for their aid,” he told The Indian Express on the sidelines of the launch of Global Citizen in India, for which Kweku Mandela has become a brand ambassador.

Mandela, also a filmmaker, had founded the Africa Rising Foundation and the Out of Africa Entertainment along with brother Nadba Mandela. Both organisations are working towards changing the image of Africa from a “charity-driven country” to a “self-sustained one”. “There is also huge requirement of improvement in services sector in both countries in health and education. But the government cannot work alone. By casting vote and leaving government to work on it is just a part of the solution,” he said.

Mandela said extreme poverty had halved since 1990s but a need to involve youngsters was necessary. “How India tackles its poverty in next few years will be noticed by other countries. My grandfather once said ‘India showed us how to love’. It is time to see it again,” he said. On his next visit to India, Mandela would help the Global Citizen Foundation in issues such as sanitation, gender discrimination and education. “The maternal mortality has dropped by 45 per cent. But there is still work to do,” he added. 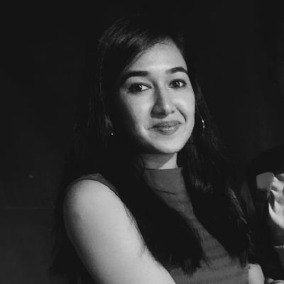