Should You Take Your Husband’s Name After Marriage?

Twinkle Khanna’s Response To Why She Didn’t Take Her Husband’s Name Post Marriage Is Everything!

Twinkle Khanna and Akshay Kumar have been married for 15 years now but theirlove and chemistry hasn’t fizzled even one bit. Till today, their Instagram pictures and videos prove that they’re smitten by each other. 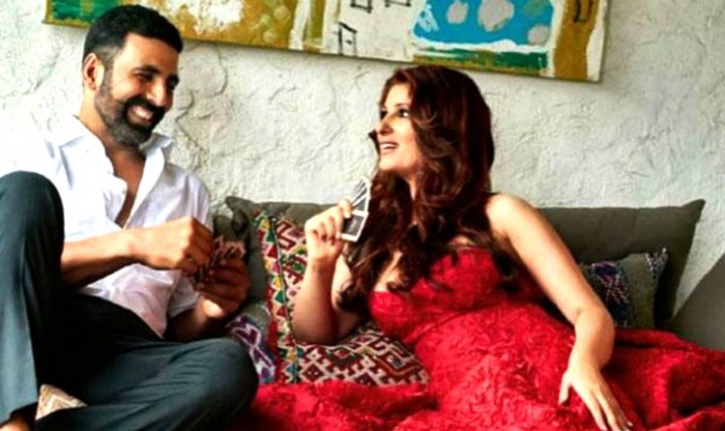 Apart from being Akshay Kumar’s better half, Twinkle Khanna’s wit and humor is taking over the internet, one tweet a time. Twitter’s MrsFunnyBones always has the best take on almost everything. Be it wishing Rishi Kapoor on his birthday in her own style to giving kickass responses to absurd questions that her fans and Twitter followers ask her.

Recently, a man who was following her on Twitter asked why she still uses her maiden name instead of her husband’s name. And guess what? She gave the classiest possible reply in just one tweet. A man asked her,

Discovering Your Nudes On Social Media

Kajol Reveals Her Miscarriage On Set Of K3G

#VIDEO: The difference between daughter and daughter-in-law