Share
The actor made the startling revelation on Koffee with Karan, where he was accompanied by Arjun Kapoor. 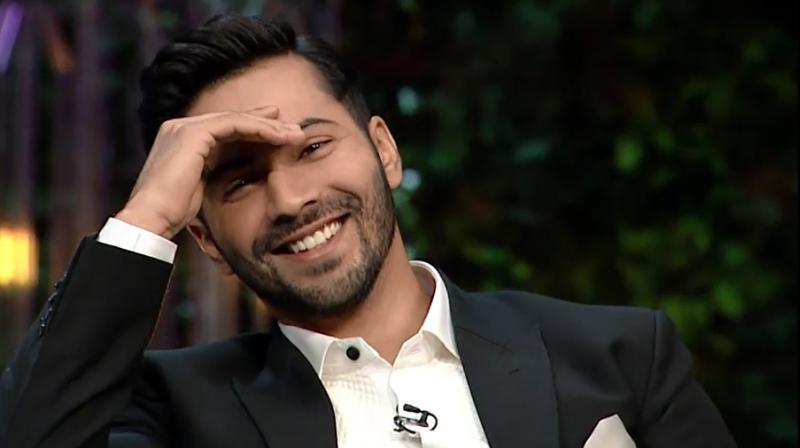 Varun Dhawan, who was otherwise diplomatic throughout the episode, let the interesting tidbit slip out of his mouth.

Mumbai: Koffee with Karan has been belting out one explosive moment after other and its just three episodes down.

The most recent episode had real life friends Varun Dhawan and Arjun Kapoor live it out on the couch. Karan, who was his sassy, influential best, tried to get the best out of the two.

While Arjun was his usual blunt self, Varun was pretty diplomatic.

But then came the rapid-fire round and Varun let out a massive shocker.

While playing the ‘Never have I ever’ game, Karan quizzed if he has ever hooked up with a fan.

Varun vehemently denied having ever have done that, but also let out a major shocker.

“I’ve never done that. I know a friend of mine, who’s an actor, who does that.”

At this moment Karan asks if it is Arjun Kapoor.

Pat came Varun’s cracker of a response, “No. But he is a Kapoor.”

Well, are you thinking of the same Kapoor as we are? We might never know!

Report and write stories for Indianspice.co.za. It is our ambitious goal to cover issues/events/news concerning South Africa and the diaspora.
@spiceofi
Previous Nothing Wrong With Placing Yourself First
Next Talking To Neil Chetty Who’s Outta Control