Deepika VS Priyanka Is Getting Out Of Hand

The Indian internet today provided déjà vu: an Indian actress at the peak of her Bollywood standing, now forging a path in American entertainment, was under a brutal microscope and coming up short.

In September of 2015, it was Priyanka Chopra. In the throes of launching her ABC show Quantico, Chopra was heavily scrutinised and criticised.

Her accent, her clothes, her jokes on talk shows – nothing seemed good enough to the millions of Indians watching from a distance.

In a hilariously amnesic plot-twist, though, the prime criticism of her seemed to be that she isn’t Priyanka Chopra.

“She could barely match Priyanka Chopra’s poise and confidence,” declared one article. “Padukone appeared a bit nervous and air-headed, while Chopra gave off a superbly rehearsed and sophisticated vibe.”

In comments and tweets, many agreed.

After a few hours of Padukone taking a bashing, a few folks did come to her defense.

Only, like a snake with impossible standards eating its own tail, the quickest defense of Deepika Padukone seemed to be trashing Priyanka Chopra… Again.

But, even if those praises and critiques are all true, what reason exists to compare the two?

What reason exists to compare the two?

In Hollywood, one is the lead of a two-season deep primetime TV drama, transitioning into playing a villain in Baywatch.

The other is a debutante in an action movie.

Given what we know so far, there’s no reason to compare their careers in the United States. 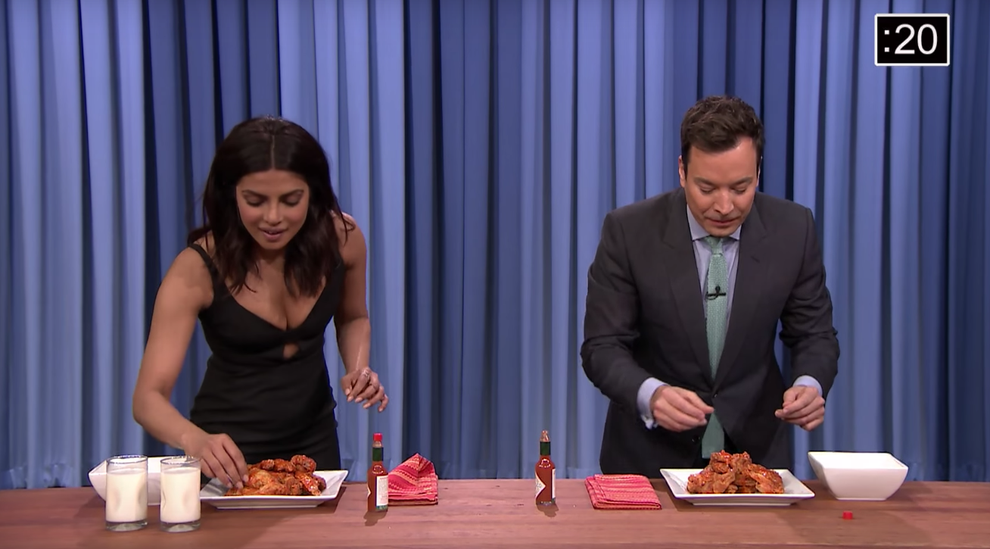 Both are also choosing different styles of American celebrity – Chopra allowed herself to relapse into her teenage Massachusetts drawl; Padukone has retained her Kannadiga accent in full.

In fact, the only reason to compare them – i.e. the only thing they have in common – is where they come from and where they are now. India, and Hollywood.

And yet, we never do the same to pairs of American movie stars in Hollywood, if they have different career-paths and personas.

Nobody is comparing Jennifer Lawrence’s disposition with Gwyneth Paltrow’s. Nobody is asking why Sean Penn doesn’t make as many jokes as Chris Pratt.

It feels natural for us to accept a Hollywood with hundreds of American actors of varied styles and personas. And to simultaneously launch arbitrary comparison between the only two Indian actors in that industry, even though they have nothing in common aside from their Indianness.

Imagine, as a thought experiment, that a non-Indian writer – make them white American in your imagination for maximum effect – wrote a story comparing the talkshow performances of two totally different Indian actors trying to make it in Hollywood.

It would feel arbitrary and, in fact, outrageous. We’d cry “racism!” (and trend #racism) and we’d be right. 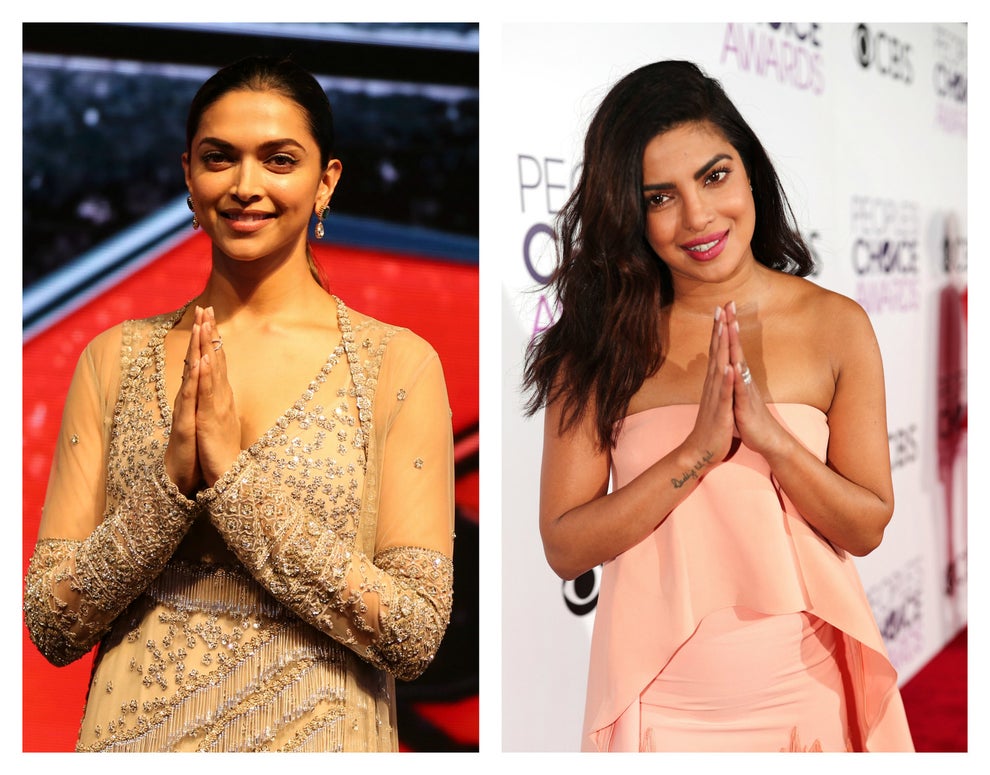 Because what would make sense is to critique them individually and, if we must draw some comparisons (which is tempting, sure), then to compare them to others in their Hollywood trajectories.

For instance: to compare Padukone to Léa Seydoux, who came from years of French cinema and got her major Hollywood roles in action movies Mission Impossible and Spectre. Or to compare Chopra to Chris Pratt, who came via years of television, into big budget films.

It may turn out that in these comparisons, Padukone and Chopra fall short.

Praise them, criticise them or totally ignore them, but don’t compare them.

But at least their competitors would be determined by their actual work, instead of by race.

This is all to say: praise them and criticise them or totally ignore them. But when we compare them, we might be projecting internalised, self-inflicted racism.

So until we have a valid reason, let’s just not.

And if you’re looking for reasons to utter their names in the same sentence (why are you doing this?), choose any of these:

Priyanka Chopra and Deepika Padukone have different backgrounds, personalities, and choices, but are both hardworking, ambitious, successful women.

Rega Jha is the Editor-in-Chief of BuzzFeed India and is based in Mumbai. Original story here
Share

Report and write stories for Indianspice.co.za. It is our ambitious goal to cover issues/events/news concerning South Africa and the diaspora.
@spiceofi
Previous Highlights: Tiger & Jackie Shroff on #KoffeeWithKaran
Next Verulam Men Identified For Assault At Dragrace