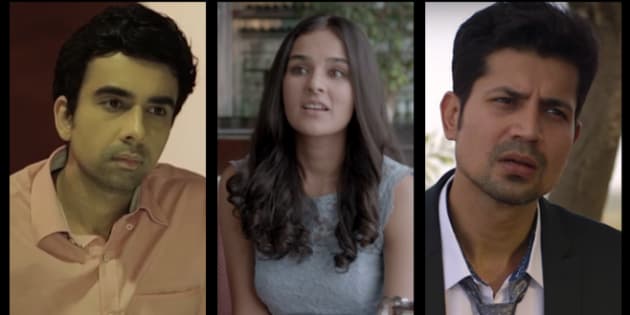 Anyone with a decent Internet connection can access web-series that are not out of sync with reality like the regressive shows on television. Let’s just say that we are glad that the likes of K-serials and Bigg Boss are not the only options for ‘entertainment’ these days.

Not only are these web-series fun to watch but they are also rooted in reality, connect with a younger audience and have a strong cast. Be it Jitendra Kumar or Arunabh Kumar, these actors often reflect their viewing demographic — ambitious individuals with modest beginnings.

Here are some actors who are the new darlings of the Internet.

Kasturia has become a kind of the poster boy for the world of web series. And, why not? He is one of the leading characters in the immensely popular web-series, Pitchers. He was also seen in the short film Interior Cafe Night along with Naseeruddin Shah, Shernaz Patel and Shweta Basu Prasad. Before becoming a household face, Kasturia had worked as an assistant director in movies such as Shanghai, and Love Sex Aur Dhokha.

Before his foray into web series, Vyas was seen in a number of smaller roles in movies such as English Vinglish, and Aarakshan. However, his stint in the TVF web series brought him the recognition and appreciation that was missing in his film performances. Vyas is also a theatre actor and was the writer of the Y-Films web-series, Bang Baaja Baaraat.

Like her co-star, Sumeet Vyas, Singh too used to be a part of the production crew. She also worked as an assistant director for ads and plays. Singh bagged a peppermint commercial before she was cast as Tanya in Permanent Roommates.

Kumar is not only an actor but also the founder of TVF — The Viral Fever. Before he became the CEO of his company, Kumar was part of Shah Rukh Khan’s production house, Red Chillies Entertainment and was the assistant director for the film, Om Shanti Om.

Before becoming a part of Y-Films’ Ladies Room, the multi-talented Azad was seen in films such as Dil Kabaddi and Mujhse Fraaandship Karoge. Azad is a musician and a trained classical dancer as well. She has also appeared in many commercials including those for Tata Sky, Airtel, and Maggi. Azad also has her own theatre company.

Kumar’s acting prowess made Jitu from Pitchers a much-loved character. Kumar is a graduate of IIT Kharagpur who decided to switch to acting. His portrayal of Arjun Kejriwal, parodying Delhi CM Arvind Kejriwal was much appreciated by followers of TVF Qtiyapa. Before becoming a part of Pitchers, Kumar had played a small role in the hit film, A Wednesday.

Palkar first shot to fame with her version of Anna Kendrick’s ‘Cup Song’. She was noticed and was featured in Girl In The City and subsequently in Official Chukyagiri. Palkar is a theatre actor who has been performing on stage since she was 12.

Sarkar plays the anchor in this parody of Arnab Goswami’s show that has featured the likes of Shah Rukh Khan, Arvind Kejriwal and Chetan Bhagat and received over 7.5 million views on YouTube. He also wrote Season 1 of Pitchers and Season 2 of Permanent Roommates.

Before becoming a part of Tripling, Gagroo was part of Pitchers. She is not new to serials, having done a role in the Disney TV series, Dhoom Machao Dhoom, before making her way to web series. She was also seen in the film, No One Killed Jessica.

Dhar’s face would be familiar to many as she has featured in many commercials including Cadbury’s Dairy Milk chocolate, before she was cast as the leading actress in Y-Films’ first web series. She has also filmed a movie opposite Arunodoy Singh, that was supposed to have been released in 2013.

Report and write stories for Indianspice.co.za. It is our ambitious goal to cover issues/events/news concerning South Africa and the diaspora.
@spiceofi
Previous Verulam Men Identified For Assault At Dragrace
Next Rishi Kapoor SLAMS Troll Threatening Deepika