They’ve been isolated, stripped of their rights and treated as aliens in the country of their birth.

Long considered one of the world’s most persecuted people, Myanmar’s Rohingya, whose plight has gone largely unreported, have failed to dominate headlines for the past two weeks.

Reports of Muslim men, women and children facing drownings, beheadings and terrifying raids as they tried to evade government forces cracking down on a rebel group, failed to dislodge Hurricane Harvey as the world’s most read story.

For more than 10 days, security forces and Buddhist extremists used a rebel attack on police and military outposts to murder civilians and raze villages in western Myanmar’s Rakhine state to the ground.

Human rights groups say the reprisal attacks have been indiscriminate and brutal.

The UN says nearly 90 000 have fled to Bangladesh since August 25. Another 20 000 could be stuck in no man’s land between the two countries.

With thousands more expected to arrive in the next week, Bangladesh has closed the border intermittently, prompting NGOs to urge the South Asian country to keep its borders open as an act of mercy.

“Mass atrocity crimes are continuing. The civilian government and military need to do everything in their power to immediately prevent more attacks,” the organisation said.

Since 2012, there have been operations against the population, including a regionwide curfew in the Rakhine.

However, the project to isolate the community is close to 40 years old.

The International Organisation of Migration says 87 000 fled to Bangladesh between October last year and July.

As a response to the attacks, young Rohingya men formed a ragtag militia group called the Arakan Salvation Army (ARSA), arguing they would rather “fight and die than die like sheep”.

Authorities in Myanmar describe them as terrorists and blame the group for the violence.

The UN has asked the Myanmar government to independently investigate the violence in Rakhine. Authorities have refused.

The Rohingya Muslims have lived in the western Rakhine state and other parts of Myanmar for decades, but to the Myanmar government they are “outsiders”.

The community has been isolated by the government, stripped of its rights and treated as aliens in the country of its birth. In 1982, members of the community lost their citizenship and since 1994, newborns have no longer been given birth certificates.

The limitations of rights upon the Rohingya mirrors some of the worst elements of South Africa’s apartheid policy. The Rohingya cannot travel, get married, or receive health care without state permission. They do not exist on the census.

Understanding why this tragedy is allowed to continue is difficult. And yet, the story of the Rohingya points back to the hypocrisy of the global order, and sadly, at the hypocrisy of the Brazils, South Africas, and Indias of the world who posit themselves as alternatives to the Western-led order.

There are four reasons why the Rohingya are on their own:

1.The ethnic cleansing of the Rohingya has everything to do with energy. The gas pipeline running from the Middle East to China runs through the Rakhine (also known as Arakan state) leaving the Rohingya a distant second best when it comes to priorities of the multitude of international players benefiting from the pipeline.

2. Democracy, it turns out, is thicker than blood. The attacks on the Rohingya have coincided with the move to embrace Myanmar into the mainstream international order. This, in itself, is political. Democracy is the only way Western nations can legitimately trade with Myanmar. Given Myanmar’s resources and proximity to China, there is no way the West can allow its “democratic status” to slip.

Late last year, Barack Obama lifted sanctions on the country despite the crimes of the country’s security forces in Rakhine.

In this way, Nobel Peace Prize winner Aung Sun Suu Kyi, and now the de facto leader of the country, has been an absolute disgrace.

3. The Rohingya are dark-skinned Muslims with little power or influence or international relevance. They are the Muslims on the margins, along with black Muslims in the Central African Republic who are facing turmoil and even genocidal circumstances of their own. Given the inaction, even ambivalence of powerful Arab countries towards Palestine, seen for years as holding a monopoly on Muslim sympathy, the Rohingya have little to no prospect of receiving real action from the so-called Muslim world.

4. There is no, or very little strong, moral leadership anywhere across the globe. Governments are unreliable, dishonest and compromised. Most of the world’s leaders are captured by corporations, influential families or both. The South African government, for instance, continues to enjoy tremendous trade and economic links with Israel, despite its human rights abuses and occupation of Palestinian land. It also enjoys close trade relations with the Syrian government despite it being responsible for the deaths of hundreds of thousands of its own people. So if there is money to be made, it doesn’t matter to South Africa and others, if Myanmar is inching, as Human Rights Watch says, closer to North Korea or Syria.

In this world of hyper-information and unprecedented access to horror-stories on the go, no one, especially our governments, can feign ignorance over the details of a crime unfolding before our very eyes. 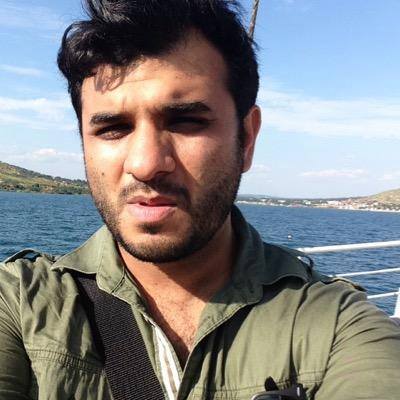 *Azad is an Executive Editor and co-founder of The Daily Vox. He is a journalist at Al Jazeera covering Sub Saharan Africa. He is also the author of Zuma’s Bastard (Two Dogs, 2010) and The Moslems are Coming (Harper Collins India, 2012)