How does a parent get over the loss of a child?

It’s a question that is being asked too often in South Africa nowadays. Young lives are being lost fighting terminal diseases, in horrific road accidents and in pit toilets. Yes, you read correctly.

In 2014, five year old Michael Komape, a grade R learner at a school in Limpopo, fell to his death in a pit toilet.

He drowned in human faeces. This week the three million rand civil lawsuit against the state got underway. His parents, represented by lawyers from civil organisation Section 27, argue that the toilet was not fit for human use.

They want the Minister of Basic Education and the MEC for Education in Limpopo to accept that they violated Michael’s right to life. And they also want steps to be taken to ensure that this does not happen to any other learner. 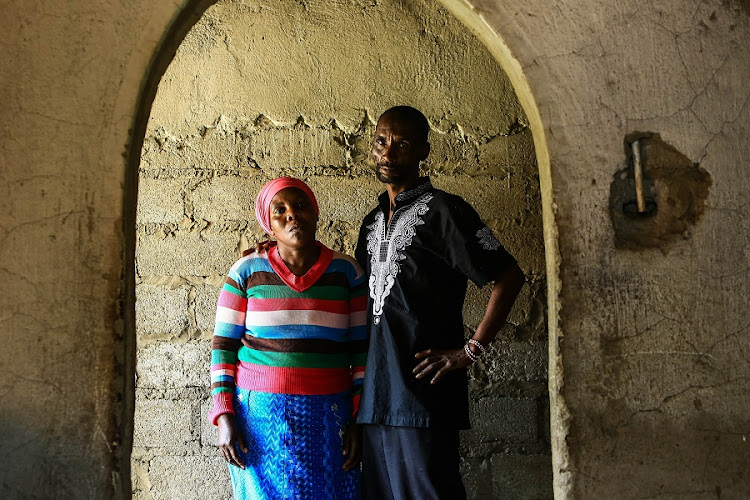 Sadly, three years after Michael’s death, the constitutional rights of thousands of learners continue to be violated in the same way. Whichever way the case goes in court, there can be no doubt in my eyes, a child losing their life in a pit toilet is tantamount to murder.

How does a mother, under these extenuating circumstances, take the witness stand and testify? Michael’s mother did. It was too painful for me to read about Rosina Komape’s testimony. I gave the story a cursory glance and said I would come back to it when I had the strength to do so.

In 2014, another boy lost his life. Nine year old Yurav Maharaj had an inoperable brain tumour. I met his mother this week.

Clutching a book, she attempts to tell me more about her son.  And then she says, “See for yourself”. It’s a neatly covered book, and the title in beautiful handwriting is, The Story of My Life. It was Yurav’s last school project before he passed away. As I turned the pages, I saw a bubbly boy, who loved smiling, loved his family, loved school, loved sport and above all, loved life. In nine years, he tried to pack in as much as he could, and appreciate it all. But then, the book ended. His life was cut short.

His mother Danusha Makan Maharaj is still grieving. But she is a fountain of strength. To honour Yurav’s legacy she started the Lightworkers Foundation as a vehicle for “seva”, she tells me.

Our definition of seva is

“Service which is given without consideration of anything in return, at the right place and time to one that is qualified, with the feeling that it is one’s duty, is regarded as the nature of goodness.” – WordNik

To give back, Danusha Makan Maharaj has partnered with the Phoenix Poverty Reduction Association. They have several charitable initiatives, including feeding school children who would otherwise sit in classrooms with empty stomachs.

Currently two-thousand learners receive a nutritious cup of protein-based cereal every day. She wants to help them extend this to 500 more learners. Another project she has undertaken is to provide learners at Cottonlands Primary in Verulam with a media centre so that they can be empowered with the joys of reading and technology. To raise funds, a benefit charity concert has been planned for this evening. How does a mother who has lost a part of her, do so much? Well, it’s what her son would have wanted. All she wants is to feel him smiling back at her, through the smiles on the faces of thousands learners she is able to help. It hasn’t been an easy journey she tells me. Too few people are willing to give back their time, energy and money. They may spend lavishly on other things, but not on “paying it forward”. But, equally, there are many good Samaritans walking this journey with her. These are individuals who are able to see the greater good that can be done in South Africa. A small personal sacrifice is all it takes. That’s the type of person she believes her son would have grown up to be.

Tomorrow, another grieving mother will be gathering all her strength to also give back. Sharon Rambali will be celebrating what would have been her daughter’s 22ndbirthday by holding a blood drive. But, her daughter Tashnika will not be holding her hand as she was when I first met them. Tashnika was diagnosed with acute lymphoblastic when she was just 18 years old.

She didn’t battle with the disease. She fought it. She stood up, proudly with her bald head, and spoke about the disease at many events. She encouraged those who could give blood, to do so, to help save her life and millions of others. She became the “Princess Warrior”. Petite, pretty and powerful!

I was overwhelmed when I first interviewed Tashnika while I was a journalist at the SABC. I held my microphone firmly, but within me, something shook. I was moved by her fearlessness. She would do all she could to fight for herself, but it didn’t stop there. She wanted to be able to help others even if she wasn’t around. Her mother is continuing her fight in her name. To give blood is to give the gift of life. It’s a slogan that is used so often but is it really understood? For cancer patients, accidents victims and mothers who encounter problems during childbirth, your blood is all they have.

Rosina Komape, Danusha Makan Maharaj and Sharon Ramballi are heroines who are championing a cause for humanity. I know there are countless other parents, who even with their loss, are doing the same.

What are you doing to support them?

As you ponder over that, let me remind you that “seva” is what you can do for others, even with the limitations that you have. All that stands in your way is your own will to do it.