Soak, stir and sip. It’s that simple right? A cup of tea is a sure way to warm your body and soul.

So many lovely thoughts flutter in my mind as I think of my personal tea journey. Oh, let me confess. I’m a coffee-holic who still enjoys a good cup of tea at least once a week, sometimes more. I take it black with one teaspoon of sugar, sometimes none. But that’s not how it’s always been.

I grew up in a typical Gujarati home on a diet of copious amounts of masala tea.  No, it didn’t have red spices added to it, as I would often be forced to explain to my friends. Think of the now very popular chai latte… yes, that’s pretty much masala tea, minus the froth.
I came home from school to the heavenly mix of masala tea everyday – powders of cardamom, ginger, cinnamon and pepper with ground cloves. And if anyone was sick, the powder just would not do, these ingredients would be boiled on the stove in their whole form. For good measure, the actual tea leaves, not just tea bags, would also be added.

That is in fact, as history tells us, how tea originated.

“Tea’s origin story is infused with a blend of myth and fact and coloured by ancient concepts of spirituality and philosophy.

According to Chinese legend, the history of tea began in 2737 B.C.E. when the Emperor Shen Nong, a skilled ruler and scientist, accidentally discovered tea. While boiling water in the garden, a leaf from an overhanging wild tea tree drifted into his pot. The Emperor enjoyed drinking the infused water so much that he was compelled to research the plant further. Legend has it that the Emperor discovered tea’s medicinal properties during his research.”

My mum would brew a pot of masala tea just in time for that second that I would enter the door and step into the aroma. It was a family ritual of sorts. Everyone would sit, have tea and chat. It also meant we could have our favourite treats with tea, straight out of the oven.  It’s at the heart of so many of my childhood memories and my cousins and I still follow that tradition when we meet with our families.

Think about it, that’s what tea time represents in any home, at any family gathering and at events with the many high teas now being offered at restaurants. It’s an opportunity to relax, to catch up and enjoy, cup by cup.

Well, I certainly had too many cups of masala tea growing up so when I entered my teens I simply gave it up. Perhaps it was an evolution of my taste buds. Since then it’s been black tea all the way with a chai latte once in a while. But, there were also phases – of rooibos tea and green tea. I have found these two the most soothing ever. Though, I will admit to spitting out my first few sips of green tea – haven’t most of us!

Working as a journalist in a newsroom, my journey with tea was closely shared with others. I recall one editor who would drink only rooibos tea in his glass mug and it was accompanied by a peanut butter sandwich. It became his trademark. 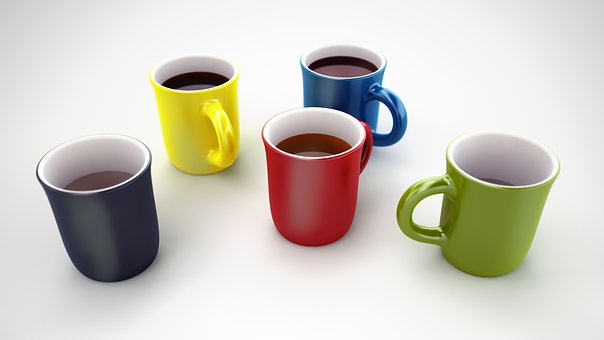 A dear friend and former colleague became lovingly known as the “tea boy “simply because he made the best cups of tea, and would get our varied requests down to the tea! Often, when it was a busy news day and tensions were running high, he would ask “You want some tea?”

Our moods would change immediately, we would all shout out orders, then quickly enjoy our tea and get back to work feeling refreshed. Our editor also understood our love of tea and would graciously bring us new brands and flavours to try all out.

Tea has evolved to such an extent that all carry different health benefits, depending on the type of leaves they contain. And that brings me to the root of my story. As we sip our teas, let’s consider the journey it takes for us to be able to savour this much-loved drink.

But the lives of tea workers in many countries is far from idyllic. And that’s what International Tea Day is about. It’s not about you and me or our tea. It’s about the tea workers who deserve better working conditions, minimum wages and fair trade policies. Many of their concerns are listed here, in this petition directed at the Tea Board of India.

I read this petition over and over again. Much like the black tea that I drink, I was in the dark about just how difficult the journey is for those who work on tea plantations. Many who visit India would marvel that they can enjoy a cup of tea freshly-made on the street corner. (I know there is this perception that having anything from the street corner in India is a sure way to land up in hospital – but I did it, and smiled to tell the tale.)

Many Indian televisions serials and Bollywood movies have romanticised the notion of sharing a cup of tea on the street corner. We watch this and think nothing of it. We think nothing of the daily challenges tea workers face.Let’s change this. Whether or not you choose to sign this petition (I have), let’s start having conversations about the journey of tea. It’s not that simple anymore, right?

And it’s a journey that must also hit home – here in South Africa. Plans are underway to revive tea estates in KwaZulu-Natal, Limpopo and the Eastern Cape but these seem to be dragging on for various reasons. The potential of tea production to create jobs amid unemployment and poverty must not be taken lightly. Now, is a good a time as any, to fast-track this for a sweeter brew for 2018.

I’m talking only about sugar. Yes, come December and it’s all about iced-tea with a splash of something alcoholic that many brands promote. At least that puts rest to the question – isn’t it too hot for tea? Iced-tea indeed makes for a refreshing drink, but please go easy on the alcohol!

There’s always a place and time for tea because we have so many options today. It’s why tea is the most widely consumed beverage after water. This holiday season, I know that one of my treasured memories is going to be catching up with my best friend over a hot cup of tea. I’ll bring out my fancy cups and saucers for this one!

Why you’re never too old to improve your cooking skills!