Arré: To sindoor or not to sindoor, is a woman’s choice.

Anushka Sharma sported some sindoor at her wedding reception and the woke brigade was upset. But to sindoor or not to sindoor, is a woman’s choice.

Poor Anushka Sharma. When she OD’d on sindoor at her wedding reception, she had no idea that instead of receiving praise for her traditional Sabyasachi-curated wedding look she would be inviting the wrath of the anti-sindoor feminist brigade. Many women had their khadi kurtas and leather hot pants in a twist because apparently wearing sindoor is a regressive practice that is imposed on women to ensure male longevity and female fertility, and add a dramatic flourish to Sanjay Leela Bhansali movies.

To sindoor or not to sindoor, is just one of the big questions in the lives of married women today. There are just as many supporters of the symbols of marriage as there are detractors, but the one that most people love to hate is the sindoor. It’s been vilified as a sign of patriarchy. We rarely have such intense feelings about toe rings and mangalsutras.

I must confess that when I got married, the first to disappear was the sindoor (serious itching) followed by the mangalsutra (faulty hook). I still hold on to my toe rings because they make my feet look pretty, and I suspect this is partially the reason that women have stopped sporting sindoor.

As a cosmetic, sindoor doesn’t do much to enhance a woman’s looks, unlike a bindi that attracts attention to a woman’s eyes. At best, it appears as if a woman cut herself on the head which is never a good thing. At worst, it glows red like a stop sign that warns other men to keep away. Some might argue to the contrary but frankly, if sindoor really made a woman look good she wouldn’t abandon it so easily. You rarely see a woman complaining about wearing lipstick and kajal, do you? In addition, sindoor used to be made from turmeric. Now it is probably made from synthetic dyes with unpronounceable names that hide the fact that it contains mercury and lead.

As a fashion accessory, it has no intrinsic value. Mangalsutras, bangles, rings, and toe rings are made of gold, silver, and diamonds. Most women wish to own and flaunt these, even if they might not wear them all the time. A year’s worth of sindoor costs all of 100 bucks. Definitely not something that we can pawn when there is a financial emergency in the family.

ALSO READ: The Mystery of the Missing Sindoor click here

Then there’s the inconvenience of it all. Sindoor doesn’t just colour a woman’s forehead and marital life. It adds colour to pillowcases, bed sheets, towels, and the clothes of other family members and not in a charming way. It’s no mystery then that the sindoor disappears from a woman’s make-up box faster than the glow of the honeymoon.

Why has the sindoor been given so much importance in India anyway, considering that the whole of South India has no tradition of wearing it? I suspect it is Bollywood movies that have glorified this little bit of red by dramatising its application during the wedding as well as wiping it off a widow’s forehead with equal fanfare — sometimes with a dramatic score playing in the background. We rarely see such drama when toe rings are being put on for the first time, do we?

I suspect the real reason that the sindoor became uncool is because a group of women got together and decided that it was. Period. Some women have strong opinions about what other women should or shouldn’t be wearing, and most women dress to impress other women and get their approval. In prehistoric times, when the men went hunting, the women would probably huddle together and discuss which type of grass skirt would be the coolest and which shade of coconut shell bra would be the most flattering.

In the end, what women need are choices. Not unsolicited advice. Not judgements. That’s all that Anushka wanted too.

This desire for the approval of other women has now deteriorated to a state where women now think of it as their moral right to pass judgement about another woman’s fashion choice, especially if it even hints at being traditional in anyway. So just like how the neighbour-wali aunty will give you disapproving looks every time you wear your little black dress, there is pressure to eschew everything that is traditional too. Svelte, pretty young things have given me some pretty disdainful looks when I have worn a salwar kameez at a beach resort in Goa during my post-pregnancy days. The days when skin-tight, short clothes gave me nightmares. Women today are ridiculed for their churidar kurta, sindoor-laden hairlines, and oiled braids just as much as they are for their revealing tops and shorts. Haven’t we seen films where the bespectacled plain Jane transforms herself into a femme fatale and gets her man? In short, women will always be talked about for the way they dress, no matter what they do.

ALSO READ: The Mystery of the Missing Sindoor click here

Which really brings me to the baseline in the saga of Anushka’s sindoor. It’s her fucking choice. Isn’t that what feminism is really about? For every young woman who is forced to adorn the outward badges of matrimony whether she wants to or not, there is an older woman who is forced to relinquish these prized possessions when she loses her spouse, much to her dismay.

In the end, what women need are choices. Not unsolicited advice. Not judgements. Just the choice to be whatever we want and wear whatever we please. That’s all that Anushka wanted too: A chance to enjoy a significant moment of her life without having to deal with judgement. That and a little appreciation for her Sabyasachi lehenga. 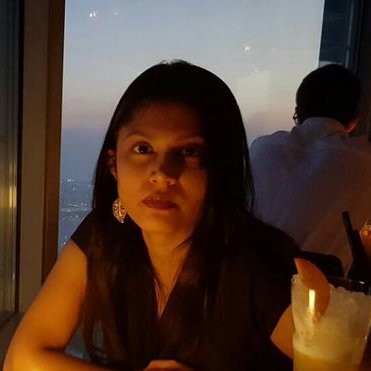 Ashwina Garg is a freelance writer and entrepreneur. She is the author of the best-selling book ‘Spicy Bites of Biryani’ and writes regularly for Women’s Era, Bonobology and other sites. She has a keen interest in social causes and writes for the Hyderabad-based NGO, SAHE and TEDxHyderabad.
Share

Previous Carnatic vocalist Radha Vishwanathan passes away
Next What is the purpose of Hindi as official language in U.N?

Take care of your skin this Holi with these simple tips