Thaanaa Serndha Koottam starring Suriya and Keerthy Suresh hit the screens on Friday in time for the long weekend.

The film which has opened to positive reviews has taken a huge box office opening in Chennai as well abroad.

According to Kollywood tracker Ramesh Bala, TSK’s overseas premieres have grossed around Rs 73 lakh on Friday, bettering its Thursday collections with a large margin (Rs 23.3 lakh).

Moreover, the film has also taken the Chennai box office by its horns grossing around Rs 74 lakh on the opening day. Trade analysts have predicted that the film’s state earning could be pegged at the Rs 7-9 crore mark. As positive word of mouth spreads, the collections are predicted to grown stronger over the Pongal weekend.

The first big weekend for Kollywood this year, three films are clashing at the box office over the long weekend. Apart from Suriya’s Thaana Serndha Kootam, Vikram’s Sketch and Prabhudeva’s Gulebaghavali have hit the screens on Friday. But looking at response, looks like TSK could take the lead.

Directed by Vignesh Shivn, Thaanaa Serndha Koottam is Suriya’s 35th film. Apart from the Singam star and Keerthy Suresh, the film also stars Ramya Krishnan, Senthil, Karthik, Suresh Menon, Sathyan and RJ Balaji among others. The film has music by Anirudh Ravichander and it is bankrolled by Studio Green’s Gnanavel Raja. 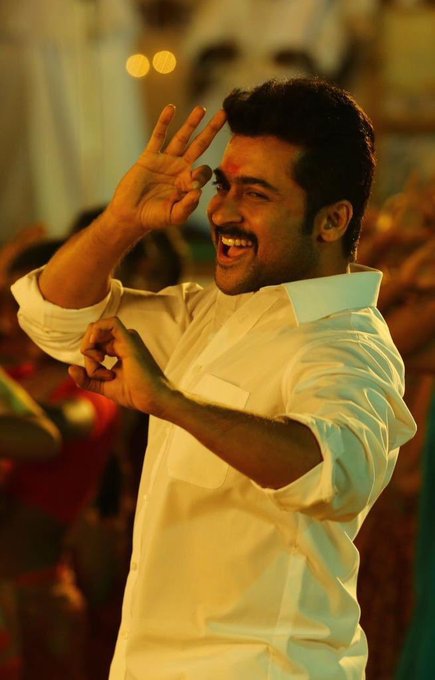 Thaanaa Serndha Koottam is based on the Opera House heist, the same incident that formed the core of Akshay Kumar’s Special 26 as well.

Report and write stories for Indianspice.co.za. It is our ambitious goal to cover issues/events/news concerning South Africa and the diaspora.
@spiceofi
Previous Seven heavenly recipes for this Lohri season!
Next Prabhudeva choreographs for Thugs of Hindostan