Actor Sivakarthikeyan is living his dream. The Velaikkaran star shared details about his next project, which he described as a ‘dream come true’ moment. Oscar-winning music composer AR Rahman will be scoring the tunes for his next film, which will be helmed by Ravikumar R.

“One of my big dream is coming true.Happy and proud to be associated with our pride of india,the most beloved and respected @arrahman sir for My next film with Dir @Ravikumar_Tup (sic),” he wrote on his Twitter account.

The untitled flick will be bankrolled by RD Raja of 24AM Studios, who had also produced a few blockbusters of Sivakarthikeyan in the past. While the details of remaining cast and crew are not revealed, the film will hit the cinemas in 2019. 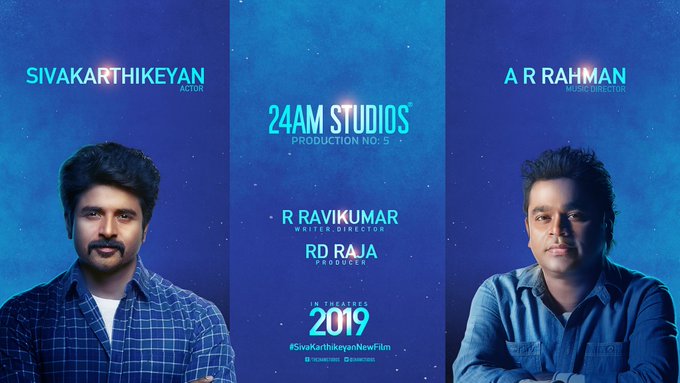 Sivakarthikeyan’s latest film Velaikkaran, which released during the last Christmas, mostly opened to favourable reviews from the critics and also did well at the box office.

Sivakarthikeyan is currently busy shooting for a village-based romantic film, which is directed by Ponram. Actor Samantha Ruth Prabhu plays the female lead and the film also stars Simran, Napoleon, Lal among others in pivotal roles.

Naufal Khan was the Publisher at ADISHAKTI MEDIA and the editor-in-chief of the South African Indian news service Indian Spice. Khan was former Sunday Times journalist and also an occult fiction and non-fiction writer with several published titles.
@naufalkhan
Previous Gupta family may attempt to flee the country
Next WATCH: Virat loses his cool with journalist

Communities in KZN, Gauteng prepare and urge citizens to get involved