Over time the world has changed and has become more understanding. Same-sex marriage has been legal in South Africa since 30 November 2006. People’s ideas, thoughts and definitions of what a normal relationship is has changed, or has it?

Same-sex marriages are common but how much does religion play a part in this holy matrimony?

The President of the South Africa Hindu Maha Sabha (SAHMS), Ashwin Trikamjee said “the Indian community has been accepting of same-sex marriage, there is no fuss about it. Society does not frown on it either”.

In Hindu weddings many rituals are done to unite the two individuals. Ashwin Trikamjee said “the wedding ceremony is modified to exclude any gender preference.”

That means that Hindu weddings are not just modified for same-sex marriage but also for the whole LGBT community.

Mufti Moosa Salie of the Islamic Body of the Jamiat Ulama said “as Muslims, we do not have the liberty of a personal position on a matter whose position is clear under Islamic Law. Same-sex marriages are prohibited in Islam and if performed would be considered invalid according to Islamic Law.”

The Islamic Body of Jamiat says that they do not have any rituals or customs that differ for a gay Muslim. When a situation arises where they have a gay Muslim, Moosa Salie said “they would counsel the individual in regards to how best to bring their lives in conformity to Islamic teachings”.

Unfortunately this does not seem to leave much space for a person to be gay and stay within the religion.

One person who is trying to change this is Imam Muhsin Hendriks founder of The Inner Circle.

He loves spending time with his 4-year-old son and is now living a peaceful life in Cape Town, South Africa with his partner, who is a Hindu, with whom he is in a relationship for the last 11 years.

To some, it may come across as an ordinary story about an ordinary person. To say the least, it is not.

Muhsin Hendricks is a Muslim cleric, a gay, and he runs a gay-friendly mosque in Cape Town, which he founded six years ago. As an Islamic cleric, Muhsin’s teachings promote homosexual rights.

All this, together, form his peculiar personality. But that’s a conflict, as in the Islamic society, homosexuality is a sin.

However, Hendricks has a different point of view for he found liberation in Quran. “For me, it was about re-engaging with the story of Sodom and Gomorrah in the Quran and making a study of that not just from a Quranic perspective, but also from a research perspective and from the faith perspective.”

After all the information and study put together, Muhsin concluded that the Quran is silent about sexuality and orientation and that the whole story of Sodom and Gomorrah had nothing to do with homosexuality and identity, rather it was about homosexual behaviour when men became the victim of rape.

For him, this was the liberating factor.

Growing up in a conservative religious environment

Hendricks grew up in Cape Town in a very small Muslim community, which was very orthodox and conservative. His grandfather was a cleric at a local mosque, which was just a stone’s throw away from the house.

“Homosexuality is a sin, said my grandfather and people who engage in same-sex activity earn the wrath of God and go to hell.”

Even though the Islamic Body of Jamiat has said same-sex marriage goes against Islamic law, Imam Muhsin Hendriks said “There are many manifestations of Islam as there are Muslims. What is Islamic to us is what is motivated or sanctioned by the Quran. We operate from the Islamic premise that everything is halaal until proven. The Quran doesn’t prohibit same-sex marriages. Islamic law is man-made and has to evolve with the needs of the humanity it serves.” Imam Hendriks has said “Marriage in Islam is a contract. The contract safeguards the relationship between two people. One must not conflate this basic principle with the other things that come with marriage traditionally.”

When it comes to the acceptance of same-sex relationships or marriage Imam Hendriks said “Since the redrafting of our new constitution more than 20 years ago, our government has not done enough to create awareness around same-sex relationships and the rights of the queer people. Thus, our communities still remain largely homophobic. It takes government to work alongside grassroots organizations like Al-Fitrah Foundation to sustain social change.” Maybe same-sex marriages are not accepted as much as we thought.

The Chairperson of the Moderamen of the Dutch Reformed Church (DRC), Nelis Janse van Rensburg has said “the DRC does not approve of same-sex marriages. The DRC does not officiate gay marriages.

”When there is a situation of a gay Christian arises, Chairperson van Rensburg has said “Gay Christians are welcome within the DRC. They may serve in all offices of the DRC, as deacons, elders and ministers. There are thousands of gay people who are members of the DRC and participate in our liturgies, activities and offices.”

“When it comes to the acceptance of gay marriages Chairperson van Rensberg said “I am currently unaware of any action taken against gay members or officials by any church council or presbytery about relationships or gay-related incidents.”

Being openly gay does not make one different in our society and whether a person can get married should not be decided by culture, race, religion or anything else.

Whether a person should get married should be up to the person themselves. 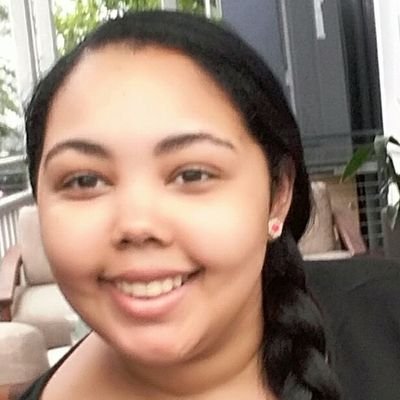 I’m a journalist, keeping up to date with what’s happening in the world. Writing is in my blood and a Journalism & Digital Media studies student at Rosebank College.
Share