Kangana Ranaut and Rajkummar Rao are killing it

If we are to name two actors in Bollywood who have made a name for themselves purely on the basis of their talent, it has to be Rajkummar Rao and Kangana Ranaut. And this supremely gifted duo are all set to share screen space again in Balaji Pictures’ upcoming thriller Mental Hai Kya. The makers released the first look of Mental Hai Kya on Monday and it came out to be Rao and Ranaut’s most quirky and bizzare avatar yet. Living up to the promise of ‘Go Mental’ this week, the makers have now released the third look poster of the movie today.

Sharing the new posters, the official twitter handle of Balaji Motion pictures wrote, “They are coming to add “IN” to your sanity! Presenting #MentalHaiKyaLook2 of #KanganaRanaut and @RajkummarRao.” 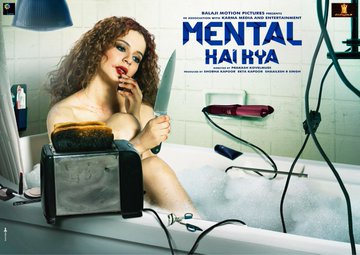 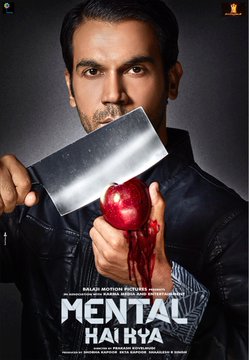 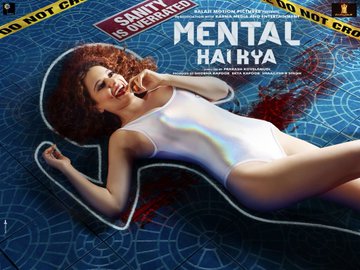 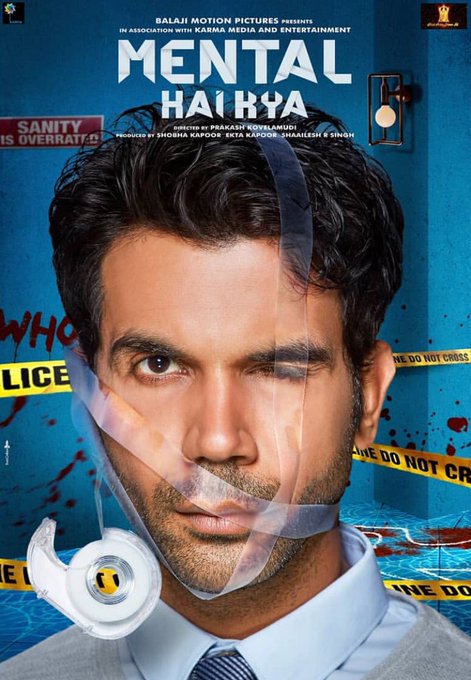 With eyes wide open, a short-haired Kangana is pursing her lips for a duck face in the first look poster while Rajkummar Rao is the one who is flipping us the bird. The second set of posters were equally quirky with the two actors trespassing a crime scene.

In the latest posters, Kangana is busy using all kinds of electronic gadgets while sitting in a bathtub full of water. Rajkummar, on the other hand, is channeling his inner Dexter and is having it at a bloody apple. 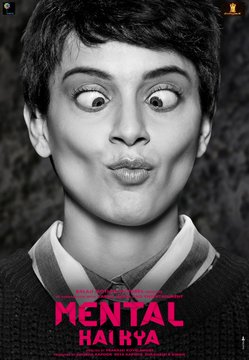 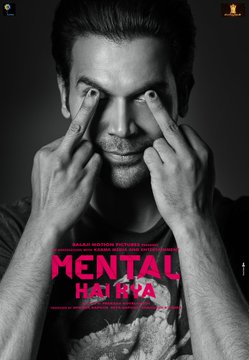 Mental Hai Kya is written by Kanika Dhillon and will be directed by National Award winning director Prakash Kovelamudi of Telegu film Bomelatta fame. It is bankrolled by Ekta Kapoor’s Balaji Motion Pictures and Shaailesh R Singh’s Karma Media. Talking about the project, Ekta kapoor said, “Mental Hai Kya celebrates the beauty in imperfections and in being different and shouts out, Sanity is overrated! I’m thrilled to work with Kangana and Raj on this one”.

On the work front, Rajkummar Rao just had a super 2017 with critically acclaimed films like Newton, Bareilly Ki Barfi, Trapped and others to his credit. Newton was even sent as India’s official entry to Oscars. Kangana, on the other hand, failed to live up to the mark with her only release Simran being tagged as a dud by audiences as well as critics. Will her collaboration with Rajkummar revive her lost glory, or will it be the other way round?