I’ve been quiet for the longest while and a few pennies have dropped. I want to share something I’ve learnt and I’ll tell you a bit of a story.

For some reason men feel the need to impress and it’s put my nose out of joint. It’s by men who believe I can’t afford my own luxuries. The ‘offers’ are never genuine just means to impress and often made to open doors to a sexual fling…I don’t think we could ever call it relationships.

I’ve been invited to Argentina and Miami…to Paris and to dinner at some of the fanciest restaurants. I dreamt of being treasured and cherished…loved actually but I never dreamt of being used and manipulated. I believe in fairy tales and happy endings but I don’t believe in anything that comes easy. I was once told I would struggle financially since I bailed out of a relationship with a man who brought no joy.

He dangled the financial stability carrot and I responded by saying this, ‘If God meant for me to have it, He wouldn’t give it to you to give it to me. He would not trust you to pass it on nor would He let you play God in my life. God would give it to me directly’. We often look around for assistance; we often look to seek human help not realizing we have a divine source.

If I was meant to be in Paris, I would be in Paris….I wouldn’t need to ‘put out’ to be in Paris…and although the rendezvous, which is actually the most expensive kind of board and lodge, would be ‘free’, I recognize the real cost of compromise. Nobody can actually help you unless you tune into your divine station picking up the frequency of your real destiny.

Are you that person born to be bribed and bought?

There’s so much power, success and achievement in your true destiny and none of it can ever be handed over or fed to you with a silver spoon. I know some people who believe in fairy tales would say, I wish someone would invite me, spoil me and sweep me off my feet. That’s the most foolish thing…we lose the most when we are swept off our feet!

We think we want that but we actually don’t. There’s nothing romantic about it, it’s just a person investing in a ticket, trying to purchase a part of you and ticking you off his ‘to do list’. It’s time for us to wise up and tap into heavenly sources while the rest live in a world and it’s what I crudely describe as a meat market where they believe women can be purchased and discarded. Paris can wait! 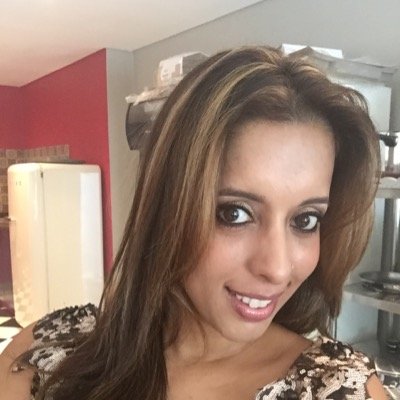 Gorgeous celebrity chef, author and personality Yudhika is best-known for her designer heels and signature curry dishes but this “Curry Queen of Bling” is not exclusively focused on Indian cuisine. Read more here
Share

Previous “Why Dance? Why Not!” Asks Terence Lewis
Next VIDEO: Bollywood stars break some serious moves at this wedding

Discovering Your Nudes On Social Media

Kajol Reveals Her Miscarriage On Set Of K3G

#VIDEO: The difference between daughter and daughter-in-law