A leaked Instagram chat group is raising questions about the safety and security of women and underage girls on social media.
Share

NEWS: A leaked Instagram chat group about teen gangrape raises questions about safety and security of women and underage girls on social media. In December 2019, a Mumbai WhatsApp group chat by male students surfaced where the discussion centred around “rape” and “gang bangs.” The boys in the salacious whatsapp group made reference to their female classmates following its exposure led to the suspension of 8 boys ranging from the ages of 13 to 14 years, by school authorities. Now this Instagram chat is another incident has come to light recently, this time from Delhi.

A Twitter user shared screenshots from an Instagram Group Chat named “Bois Locker Room” where pictures of underage girls were shared regularly along with talk of “gangrape”.

Subsequently, several Instagram users started posting their chat transcripts and a list of group members urging everyone to report their handles. Some reports suggest that the boys in question quickly set up another group with members being asked to join using fake accounts to prevent exposure.

The lack of guilt or remorse was further evidenced by the fact that participants planned to leak nudes of girls (who they referred to as “raandiyan” and “feminist”) as payback for sharing the screenshots. Allegedly, members said that they could make this problem disappear by deactivating their handles and making “a few phone calls.” 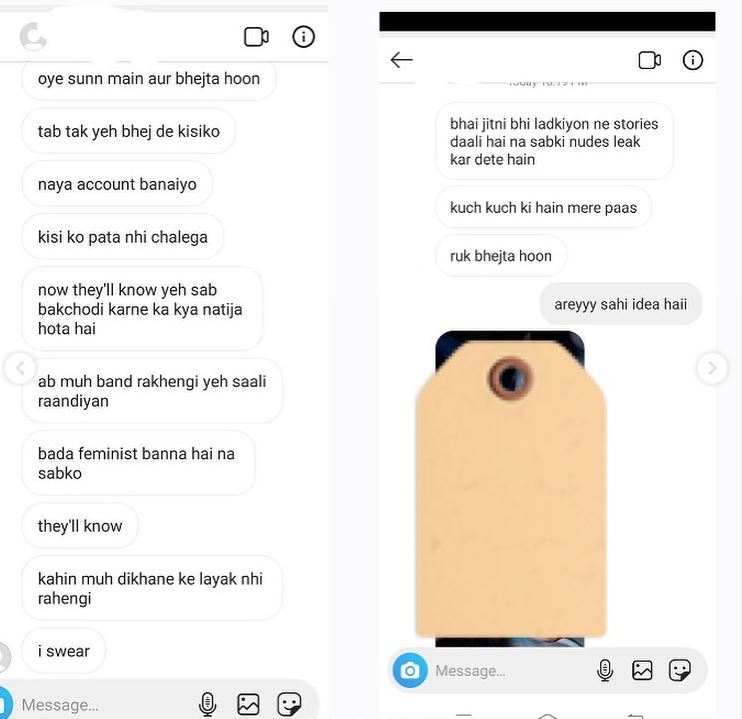 According to News18, Shubham Singh, a Cyber Investigator & Advisor for government agencies is investigating the matter under Section 66A of the IT Act that refers to cyberbullying.

No formal police complaint has been made in this incident. However, the case is being discussed on social media with #BoysLockerRoom. Many believe that the casual objectification of women and the misogynistic mindset clearly depicted in the conversations is deeply troubling as it promotes rape culture in society.